Home » Articles » What is Juneteenth? 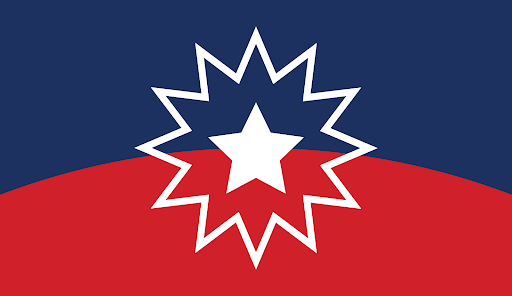 If you are like many Americans, you may never have been taught about Juneteenth in school. Despite having been declared a federal holiday on June 17, 2021, the majority of Americans are still unfamiliar with the origin and significance of Juneteenth.

Juneteenth, a shortening of “June 19th,” is a celebration that commemorates the day in 1865 when a group of 250,000 enslaved Black people in Texas learned—finally—about the Emancipation Proclamation. While President Lincoln’s Emancipation Proclamation had outlawed slavery on January 1, 1863, the Civil War continued until April 9, 1865. In states still controlled by the Confederacy during that interim, there was little motivation for enslavers to free the workers they held captive, especially before the yearly harvest. In fact, many slaveholders fled with their enslaved people to the Confederate stronghold of Texas after the Proclamation was ratified to avoid having to obey the new law and lose their free labor.

So it was not until the Union took control of Galveston, Texas in early June of 1865 that a quarter of a million enslaved people in Texas were informed that they were legally free. That announcement was made on June 19th, 1865—901 days after the Emancipation Proclamation had been made law. The freedpeople rejoiced and celebrated, even while some were still forced to actually escape their previous enslavers, who hunted down and killed many who tried to leave. The 13th Amendment was not ratified until December 1865.

One year later, freedpeople in Texas organized the inaugural “Jubilee Day” on June 19th, the first of many Juneteenth celebrations. Segregation laws largely prohibited Black Americans in many cities from using any “public” community spaces such as parks, so in some places, freedpeople pooled their funds to purchase land on which to hold celebrations like Juneteenth. What is now known as Houston’s Emancipation Park is one of these places. Over the years, despite suppression of the holiday in the form of segregation and historical erasure, Juneteenth spread throughout the country. It is now celebrated in many towns and cities and is recognized as a paid holiday by hundreds of companies. After much campaigning, it was finally signed into law as a federal holiday in 2021.

Why should we celebrate Juneteenth?

As Americans, Juneteenth is part of our shared history. It is not, however, a part of history taught in most of our schools. We all learned the importance of the Fourth of July and celebrate it as America’s “Independence Day,” yet enslaved Black Americans endured the horrors of slavery for another 87 years after the Declaration of Independence was signed.

Promises of “40 acres and a mule” to freedpeople in slaveholding states went unkept, and over the years, systemic racism—inherent in practices such as Jim Crow segregation laws and redlining—made it difficult if not impossible for many Black Americans to attain economic stability or the full rights of American citizenship. It is estimated that, based on population, the current wealth gap between white and Black households in the U.S. is $10.14 trillion. This wealth gap is just one of the terrible legacies of slavery that still affects millions of Black Americans today.

And this is why it is so important to know all of our American history, however painful it may be, and however difficult it is to talk about. Our ability to truly support our coworkers, employees, and even our friends depend largely on our willingness to honor and value their experiences and their history.

How can we celebrate Juneteenth?

There are many ways for companies to commemorate Juneteenth. Given that many Americans are not familiar with the holiday, including a history lesson in an employee newsletter or social media page is a good start. Traditional ways to celebrate include sharing foods such as barbeque and ice cream, festive decorations, and participating in volunteer activities for organizations or community groups that work to support and uplift Black Americans. Even before Juneteenth was made an official federal holiday, hundreds of companies such as Nike, Spotify, and Target chose to show their solidarity by observing the day with a paid holiday for workers. This gives employees a chance to reflect, learn, take part in community service, attend rallies, and of course, celebrate the day!

The history of slavery in the United States and its continuing legacy is a painful, difficult topic and one that many people would prefer never to discuss. But burying our heads in the sand will never accomplish anything. We owe it to our fellow Americans to learn the histories that have been kept from us by those whose main motivation has been to uphold inequality and injustice. Let’s celebrate Juneteenth this year by learning more about our shared history.

Acknowledgment is the first step in recognizing that there is much work left to be done to achieve equity, diversity, and inclusion for all. So, let’s roll up our sleeves and get to work!