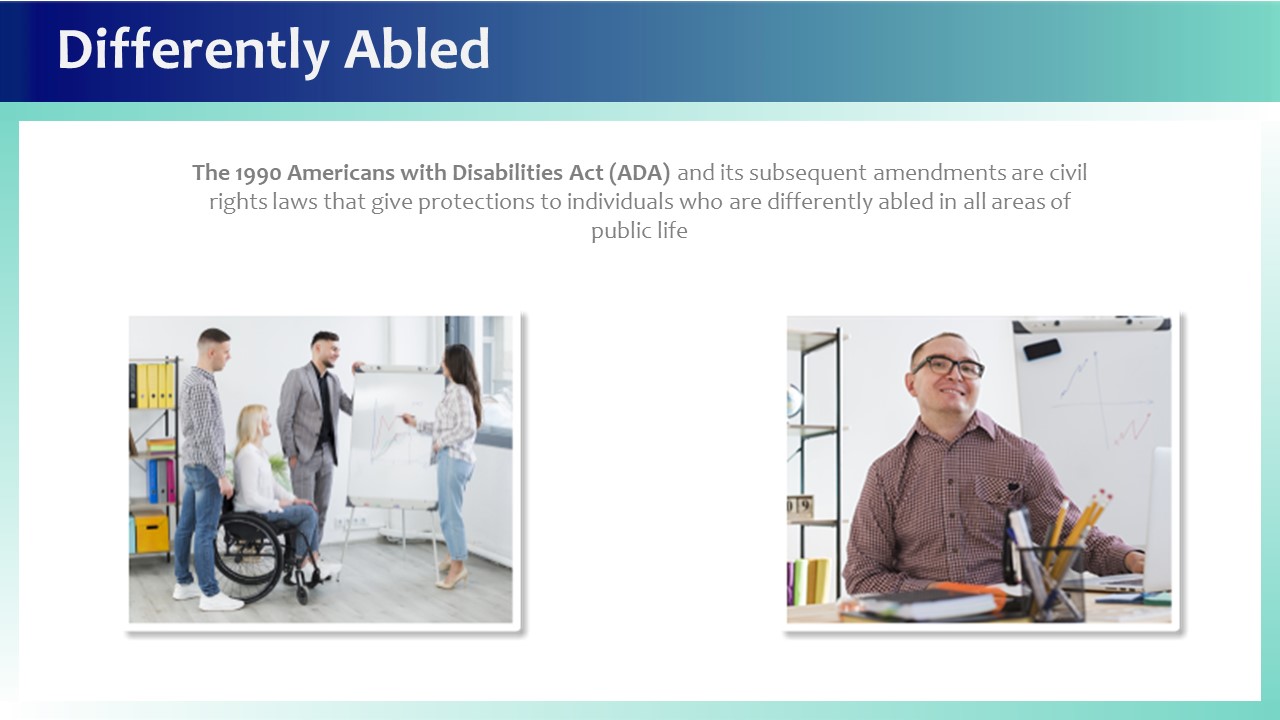 In this impactful Ted Talk, Suzanne Barakat tells the story of her brother, who (along with his wife and sister-in-law) were murdered by their neighbor in an act of religious hatred; she talks about the double-standard for Muslim and White Americans, and comments on the need to speak out against hate crimes in America.

In commemoration of the 25th anniversary of the American with Disabilities Act (video is from Jul. 2015), Google interviewed prominent disability-rights activists and influential political figures; the video provides a glimpse into the transformation brought on by the ADA.